The CRE Boss Ladies Team can guide you through the industrial real estate sale and leasing process.  The CRE Boss Ladies are the #1 performing Brokerage Team in the Pasco Industrial Submarket with over $12 million transacting over the past 5 years, but they also consistently and successfully assist Buyers and Sellers in the other Tampa Bay submarkets.

North Pinellas, consisting of City of Clearwater, Safety Harbor, Oldsmar, Palm Harbor and Tarpon Springs, is a large submarket relative to the national norm and contains about 14.1 million SF of industrial space of which about 5 million SF accounts for local small business

Historical investment trends have largely held serve in the past 12 months. Annual sales volume has averaged $44.4 million over the past five years, and the 12-month high in investment volume hit $63.3 million over that stretch. In the past 12 months specifically, $55.3 million worth of assets sold. CoStar estimates Q3 and Q4 2022 sales per square feet to reach upwards of $190/SF.

Rents grew by 15.8% over the past 12 months, easily exceeding the 5.7% average annual change over the past decade. Industrial rents in North Pinellas run for about $11.40/SF.

As the largest industrial submarket in Tampa, South Pinellas benefits from its proximity to Interstate 275, providing access to Interstates 4 and 75, as well as the presence of the St. Petersburg/Clearwater International Airport. Some of the Cities included in this marketplace are Largo, Seminole, Pinellas Park, the “Gateway Area” and St. Petersburg.

Industrial investors have been very active in the capital markets in South Pinellas, making it one of the most heavily traded industrial areas in the region over the past several years. In the past 12 months specifically, $513 million worth of assets sold. Deals involving logistics properties drove recent sales volume.

Industrial rents in South Pinellas run for about $11.00/SF, which is moderately above the metro average. Rents grew by a remarkable 16.3% over the past year, which brought the three-year average annual rent growth up to 9.4%.

Industrial properties continue to transact with regularity.  The CRE Boss Ladies are the Top Performing Brokerage Team in this market with over $15 million transacting over the past 3 years.

Pasco County is a large submarket relative to the national norm and contains about 13.9 million SF of industrial space. Like in the metro, logistics facilities account for the largest proportion of local supply, and these properties contain around 11.3 million SF.

Rents grew by 16.9% over the past 12 months, easily exceeding the 5.9% average annual change over the past decade. Industrial rents in Pasco County run for about $10.10/SF on average, which is more or less in line with the metro average.

Over the past five years, annualized sales volume has averaged $42.7 million. But volume hit $120 million during these past 12 months, the highest level recorded over that five-year period. Cap rates hover around 7% (Q2 2022).

Westshore/Airport is a large submarket relative to the national norm and contains about 19.1 million SF of industrial space. Flex or local business presence accounts for 5.1 million SF of its inventory. The CRE Boss Ladies have heels on the ground consistently in Drew Park and advise Buyers and Sellers with their commercial real estate goals.

Annual sales volume has averaged $103 million over the past five years, and the 12-month high in investment volume hit $195 million over that stretch. In the past 12 months specifically, $192 million worth of assets sold. Deals involving logistics properties drove recent sales volume.  The market pricing, based on the estimated price movement of all industrial properties in the submarket was $175/SF (Q2 2022).

Rents grew by 15.7% over the past 12 months, easily exceeding the 5.6% average annual change over the past decade. Industrial rents in Westshore/Airport run for about $11.20/SF, which is moderately above the metro average. 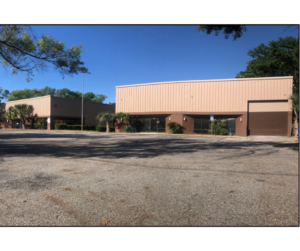 Located in eclectic Drew Park, City of Tampa, these warehouses offer easy access to Tampa International Airport, I-75, and the Suncoast Parkway.  This offering includes two buildings for a total of 28,048± SF on a .87± acre lot. Each 2 story building is 14,024± SF with approximately 47% office under AC.  Each building has its own 14’ X 12’  overhead door, security, and freight elevator.  Sold for $1,100,000. 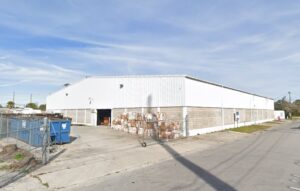 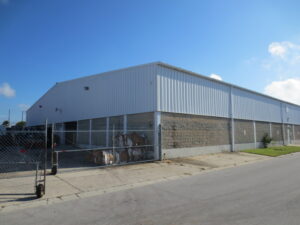 The CRE Boss Ladies represented Buyer #1 in his search for a Clearwater warehouse.  We contracted the Eldredge property with a Close Date of 120 days from the contract Effective Date.  Within that 120 days, we were approached by another Broker whose Customer was very interested in buying this warehouse.  Buyer #1 opted to oblige Buyer #2 and decided to simultaneously close the 2 deals one after the other for a nice tidy profit!! 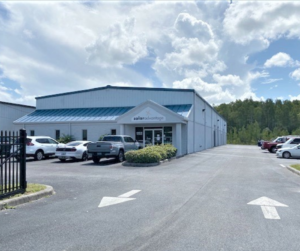 Two years ago, the CRE Boss Ladies represented the Buyer, who purchased 2510 Merchant Avenue in Odessa, FL.  We thought the property hit the market approximately $325,000 below true market value.  The Seller was represented by an Agent who was not familiar with the local market or industrial property values.  We strategically submitted our offer on Friday night with a response deadline of Saturday and we secured an incredible deal at $950,000.

Fast forward almost 2 years later, the same Customer, now the Owner of the building, called to discuss leasing some of his space.  We counseled him on market values, lease vs. purchase, and guided him on how to maximize his profits.  He came to the conclusion he should sell instead of lease.  Within a couple of days, we contracted his property and it closed 45 days later with $1,900,000 cash.  Now that’s called Double or Nothing!! 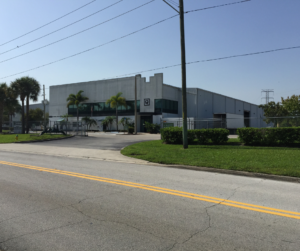 The CRE Boss Ladies were hired by Douglas Machine, an innovator of commercial and industrial washers for containers used in bakery, meat, poultry, food processing, packaging, and distribution industries,  to relocate their manufacturing company near Clearwater.  We were able to find them their new Manufacturing Headquarters at 4500 110 Avenue North, Pinellas Park, FL 33762.  The property was a 68,000± SF building located on a 5.99-acre site with 800 AMP and 3-phase power.  This property checked all the boxes for the Buyer to include 5-grade level doors and 5 truck wells with levers.  Although we had to navigate some repair and fire code issues, we closed the deal and the Buyer was thrilled to have made it across the finish line.

“In my professional life, I am a successful McDonanlds franchisee, owning and operating 11 restaurants in Pasco and Hillsborough County. I understood the importance of building a Team to assist me with expanding my business footprint and search for a new corporate home office. I selected the CRE Boss Ladies to represent my corporate real estate needs. I selected this team based on their solid reputation, expertise, and outstanding professionalism. We successfully closed on my 20,900± SF corporate office in 2018 located in the West Pasco Industrial Park.”

“Look no further for an incredible team! Our business was expanding and we quickly realized we needed more warehouse space to operate efficiently. We put our trust in the CRE Boss Ladies to find a new building to purchase and the Ladies made it happen for us! The market was extremely tight with no properties available. Thanks to their consistent hard work and perseverance, the CRE Boss Ladies called us within a week with an OFF-Market building. This resulted in us being the first to tour the warehouse and able to make an offer the same day!” 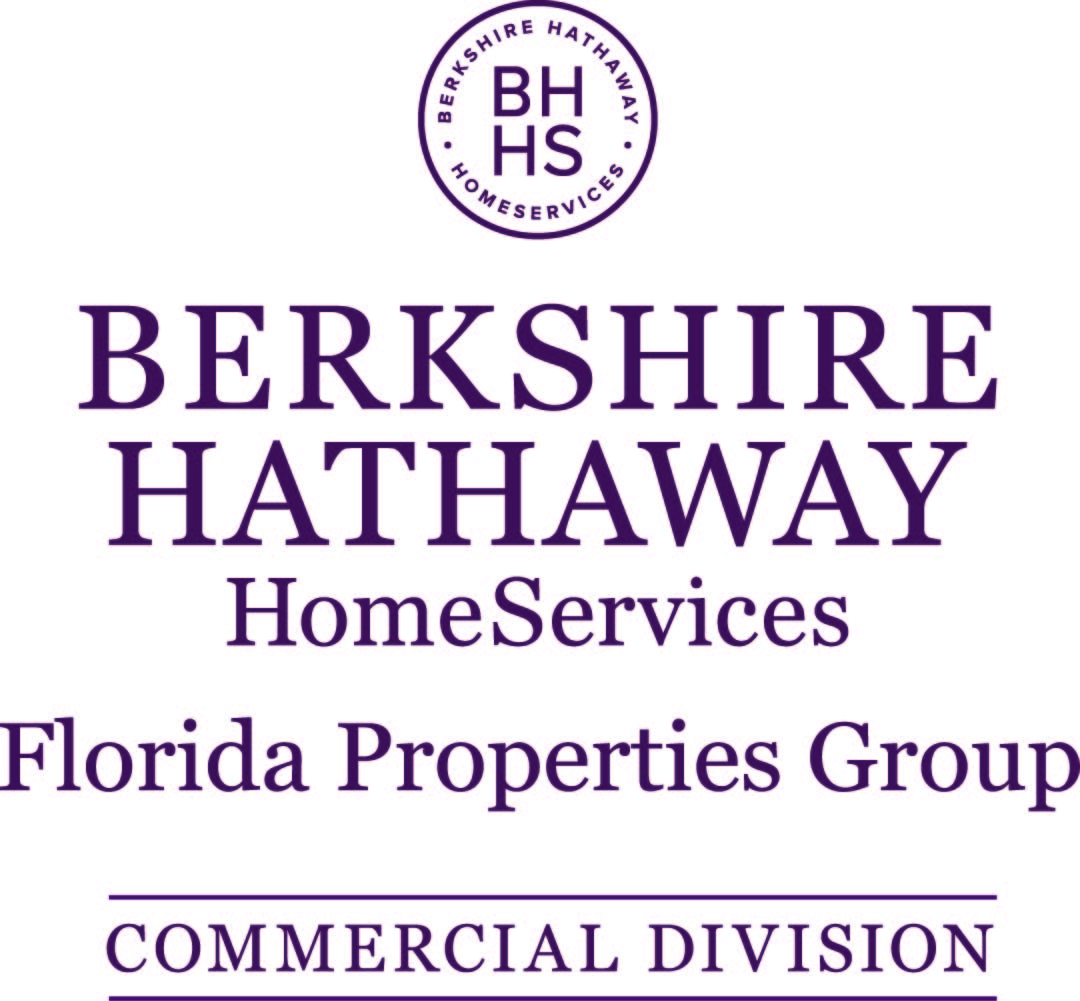 This information is from sources deemed to be reliable.  We are not responsible for misstatements of facts, errors or omissions, prior sale, change of price, and/or terms or withdrawal from the market without notice. Buyer should verify all information with its’ own representatives as well as state and local agencies.  Brokers please note that a variable rate commission may exist on this offering that might result in a lower commission cost to the Seller if a Buyer’s broker is not involved in the transaction. ©2022 BHH Affiliates, LLC. An independently owned and operated franchisee of BHH Affiliates, LLC. Berkshire Hathaway HomeServices and the Berkshire Hathaway HomeServices symbol are registered service marks of Columbia Insurance Company, a Berkshire Hathaway affiliate. Equal Housing Opportunity.